My tween daughter, Miranda, loves a good challenge. She also loves cooking.  So when we heard about the 100 Foods to Eat Before You Die List (adapted by several, including a Facebook 100 Food app – but referencing the Very Good Taste Blog) -she took it on as a challenge for 2012.

We’ve made it a family affair where she has challenged her 23-year old cousin Michelle to also try as many items before December 31st as possible. We are a over a month into the challenge, and already amazed at the discoveries along the way, including traveling to new neighborhoods & enjoying new tastes. It truly has been a fun family culinary adventure. 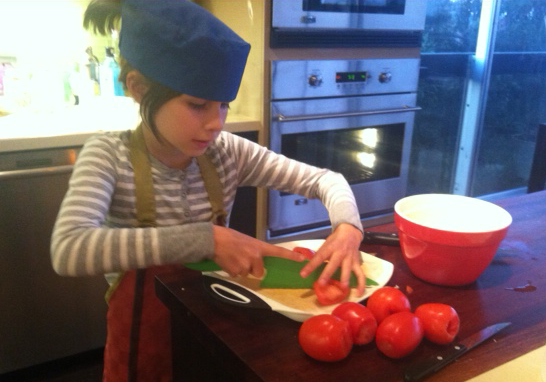 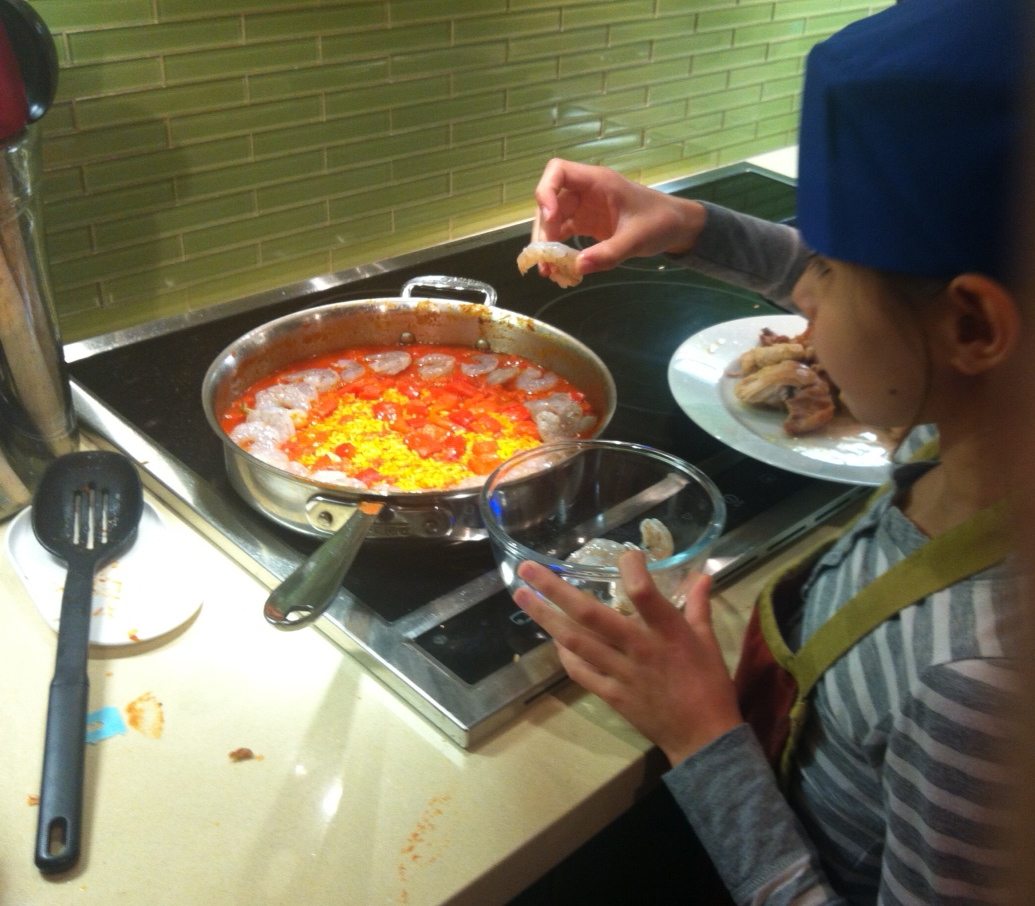 We’ve built in a few simple guidelines for completing the list:

There are some items that I can’t imagine Miranda eating this year (e.g. roadkill, horse) – but we wanted to maintain the integrity of the original list as much as possible with the only substitutions for alcoholic items. Oh, and, yes there are many things on the list that we had to research and look up to see what they actually were. Wikipedia really helps!

Challenges are always more fun when you do it with someone. As I mentioned before, she challenged her cousin to take the tasty challenge with her. As of today she has crossed off 26 items from the list.

To get a tween’s perspective, here is one of Miranda’s most recent correspondences with Michelle. It is so fun to compare notes and progress with each other.

3. Huevos Rancheros: Eggs and this tomato sauce, not a like a pizza sauce but a little bit different.  My Papi made this for me for breakfast. I liked it.
11. Calamari: It’s my cousin’s favorite food, so I have it sometimes when she gets it. These are like fried squid.
13. PB&J sandwich: Sometimes I have this for a snack or for lunch at school.
19. Steamed pork buns: It’s good. Sometimes I get microwavable ones for lunch.  I had them at a Dim Sum place in Chinatown, too. You can taste the pork. They have an outer layer of ricey dough.
24. Rice and beans: I eat this at a Mexican restaurant. Sometimes Abuelo makes them for dinner or lunch.
28. Oysters: I had these in San Francisco. They had little stands and Papi got oysters for lunch. I tried 1 or 2 and they were salty. They were ok, it took some time to get used to.
29. Baklava: Is a dish with nuts and wafer stuff.  It was too sweet.We got it a Gyro restaurant.
35. Root beer float: I had one after school.  I did not like it, it was too sweet.
48. Eel: Eel is my favorite food. I get it when I go to Whole Foods Market.
61. Smores: I have these when we go camping for Girl Scouts.  I like making them but I don’t exactly like them.
67. Churros (This list has more things like funnel cake, but we are counting it because I ate one.  Let me know if that is ok). I ate this at a Giants game.  They are like a doughnut with cinnamon and sugar, a doughnut stick. It was ok.
69. Fried plantain: I had it at a tropical restaurant on a quiet street.  They were really good. These are like banana chips. Even though I don’t like bananas, I like these.
71. Gazpacho. I made this at home with my Papi. It’s like a cold tomato soup. I liked it. And we got the recipe out of a Rick Bayless cookbook.
83. Pocky: I think we got this one at an Asian market. It’s a hard breadstick dipped in chocolate.  It was ok.
88. Flowers: There is this plant at my school called sour grass. It grows yellow flowers. You are allowed to eat the flowers and chew the stems.  It’s really sour.
91. Spam: I had spam when we were at a parade festival in San Francisco.  My Papi got me a Spam and rice thing. It’s kind of like bologna but darker and different.  The Spam was ok, I wasn’t a big fan but it was ok.
94. Catfish: I went to a restaurant and they had all sorts of weird things on the menu like Gumbo. Papi got a too sweet iced tea and I got the best fish i ever had. It was catfish. It was served with fries and catchup and two containers of tater sauce.
96. Bagel and Lox:  It’s a bagel with salmon and cream cheese. I like it.

From our alcoholic replacement list I had Okonomiyaki: It was a Japanese pancake that had fish scales on top. It was a pretty good pancake.

I have done 19.  I thought I had more but I forgot how some taste, so they don’t count.

I got a new fondue machine for Christmas and my mom got fondue cheese, so I’m going to make that on the weekend.  I also want to try Pho soon.

I love you Shelly. Please send me an email on how many you’ve had.
Love M

We have been vlogging our experiences as well to share with family members. Here is a sneak peek:

She recently did get to try #12 Pho

and her experience with #76  Okonomiyaki

(check out the fish scale shavings that seem to be alive on the plate – so trippy!)

Is your family up to the challenge? Download your 100 Food List – Tween Version here and join in the fun! Let us know about your culinary adventures along the way!

Connect with Lynnee Jimenez on Google+