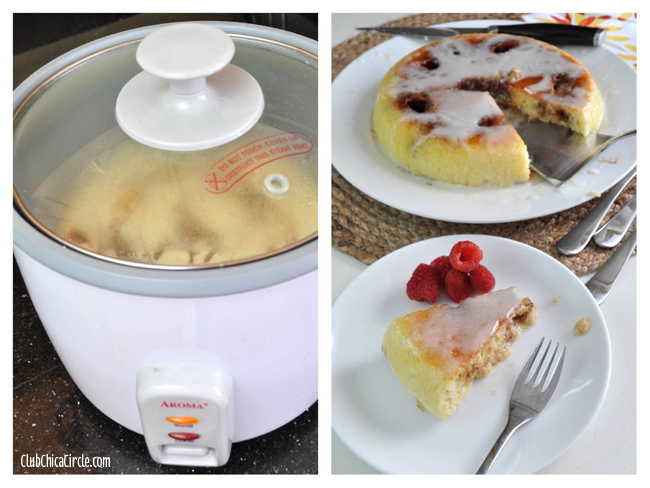 Have you ever made a pancake in a rice cooker? I stumbled across this idea the other night, and I knew I had to try it!

If you know my cooking style, I like easy and fun, and I love experimenting! Pancakes are a breakfast staple in our house, and I’m always trying to jazz them up a little. I can’t tell you how many different forms of breakfast treats I’ve made with pancake mix, like these pancake mini donut dunkers. This time I wanted to try pancakes in a rice cooker.

On the original source where I found this idea, the big draw was that you only needed one pan to cook and wash. Well, I tried it that way without the best of luck. The pancake was cooked, but it was stuck to the bottom of my rice cooker, and I had to scoop it out in crumbles.

On my second try, I made sure to spray the bottom of my pan with nonstick spray. I mixed the pancake mix in another bowl and then poured it into the rice cooker pan. Success!

Now that I had successly cooked a pancake in rice cooker, I wanted to make my “pancake” extra special. Hence – the cinnamon roll rice cooker pancake was born — YUM! 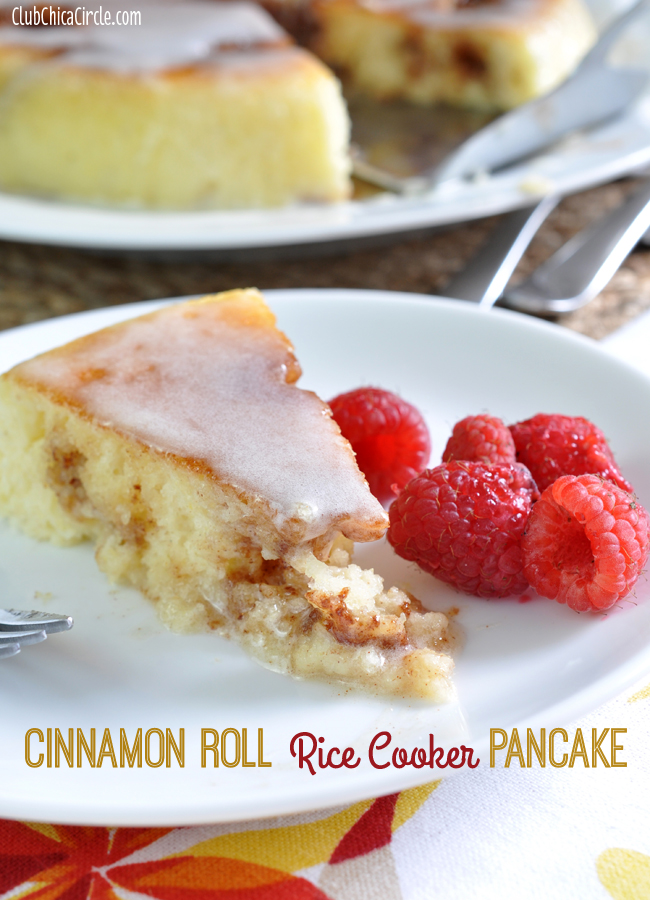 Here is how I made my cinnamon roll rice cooker pancake with cream glaze:

For the pancake mixture I used:

For the cinnamon roll mixture I used:

For the glaze I used:

I sprayed my rice cooker pan with non-stick spray, and mixed up my pancake mixture.

After I poured the pancake batter into the pan, I spooned in my cinnamon mixture on top in random clumps. Then I used a knife to swirl it around in the batter.

Then I put the lid on the pot and pressed the COOK button on my rice cooker.

While it was cooking I prepared the glaze.

For the glaze I mixed all of my ingredients in a Pyrex measuring cup with a spatula and then microwaved it for about 30 seconds until the butter was melted and the sugar dissolved. 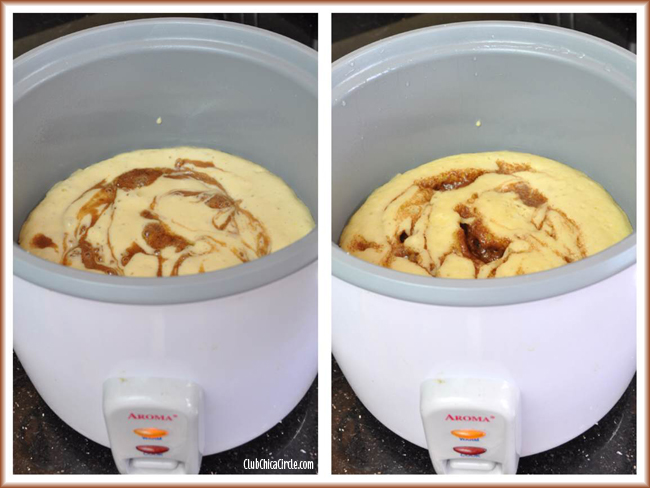 Now, my COOK button popped up on my rice cooker after about 5 minutes, but my pancakes were just starting to bubble. I knew they needed more time.

(The picture on the left shows you what it looked like after the cook button went off.)

So I put the lid back on and let them steam on the WARM setting for about 8-10 minutes. Be careful you don’t want it to warm more than 10 minutes, or it will burn the bottom of your rice cooker pancake.

(The picture on the right shows you what it looked like after I let it warm for about 8 more minutes.) 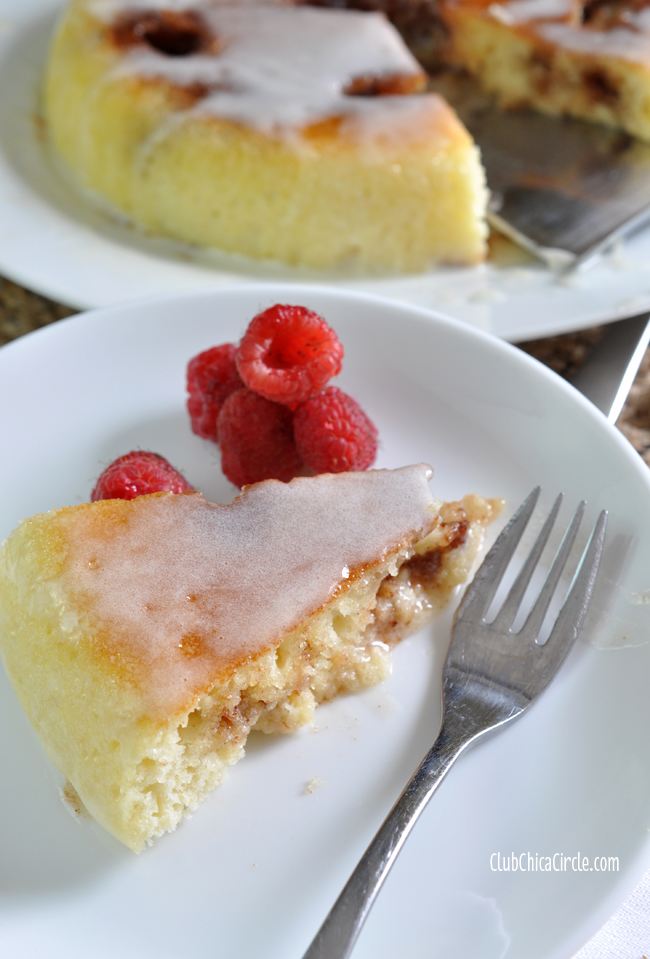 I popped it out onto a plate, and then drizzled on the yummy warm glaze on the top.

The cinnamon mixture baked yummy gooey cinnamon-y holes in the pancake – perfect for the glaze to drizzle right into.

Then I sliced it with a knife and scooped it up with a cake server.

This recipe made a rice cooker pancake about 1″ thick in depth, which would serve about 3-4 people.

Really, it was a yummy experiment. I think next time I will try a chocolate chip version with whipped cream on the top!

I would love to know if you have ever tried to cook more than just rice in a rice cooker!

The Year of the Dragon Bracelet Craft
Blog Accounting - Is it Time to Get Beyond the Spreadsheet?
Rainbow Pot O'Gold Marshmallow Pops